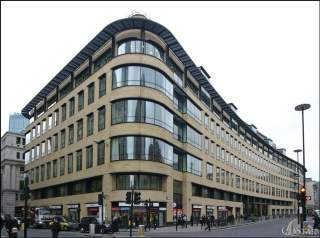 The effects of the last recession and the following three years have had little effect on vacancy rates and rental values in the South East of England. The Northern towns and cities have tended to bear the brunt of the negative headlines. Albeit negotiations on leases have had to be more flexible the upsides of the flailing economy have been outweighed by the positive factors.

We have taken advantage of the decrease in freehold values to acquire property with high rental yields.  This has enabled investment into commercial property to remain robust; especially in the industrial sector, while the owner occupier market has stagnated with credit facilities freezing up.

So what is the difference this time around? The reality of more negative growth for many western economies has become a waiting game. This time around there is key differentiating factors to the last downturn that are major contributors to a potential decrease in GDP.

The defence by central banks over their currency and keeping exports alive has grown. Most UK property portfolios lease to businesses with interests overseas or are based abroad. An example of protectionism was the momentous decision by the Swiss National Bank to place a ceiling on the Swiss franc against the Euro, the Swiss franc will peak at SFr1.20 to the Euro. This type of protectionism of sovereign currencies is stirring with China and America never too far in the background.

It remains crucial that governments pull together and keep a stable flow of imports and exports and allow business to prosper beyond borders, businesses here in the UK will need the support of the global economy to realise growth.  A property portfolio of UK based tenants with UK only business interests is not a reality; it is what happens in every corner of the globe that effects the property market as a whole. It is key central banks do not forget when protecting their economy and currency where there native business are operating.

An example of the effects of foreign policy on the UK property market is the sale of one of the largest property portfolios in London .KanAm the German fund manager is reportedly selling a portfolio of around 1 billion pounds made up of prime office space in the capital. The sale is due to legislative changes in open ended funds in Germany, where investors can take money out of the fund at any time. This has caused the fund to sell off the highly liquid stake in the UK. The size of the sale, which includes Deutsche Bank headquarters (pictured above),  could result in the split up of the portfolio and the reinvestment of funds back in Germany.