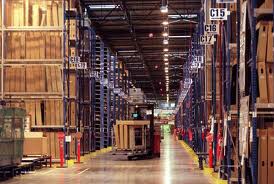 Our latest round of developments are coming to an end as tenant take up and pre lets have been higher than expected, resulting in projects being completed quicker than anticipated. We have seen a good deal of local and national enquiries and businesses taking space. Centering investment on key areas of growth and strong transport links is paying dividend as the Oxfordshire area remains at the heart of industrial occupiers.

We are still experiencing demand is strong even in the current tumultuous market, if only in the right areas. The figures speak for themselves.

The southeast contributes 15.6% of GDP, second only to London at 19.8% (as of 2010 figures from the ONS). With economic worries not so far in the background for many business, there are encouraging steps being taken for small to medium size businesses whom seem to be where growth and expansion has stalled in recent times. The speech by Sir Mervyn King at the Mansion House banquet on the 14th of June released the details of a ‘Funding for lending Scheme’. The Bank of England will release funds to the tune of £80 billion, made available to households and businesses. The money will be intended to be surplus to any lending that would have taken place anyway.

This additional monetary policy stimulus could boost lending by 5%. This could come as a helpful boost as current household lending has seen less than a 1% increase in the last year.

The High St figures remain comparitively buoyant for the market, if not showing a clear divide from London to the rest of the market. The overall vacancy rate lies at 10.4% for the country, compared to 1% on Londons Oxford St. Zone A rents as well have clear differentiating factors, for example Old bond St at £1000 for zone A compared to the likes of Swindon at £100.

Cushman and Wakefileds ‘Prime Property Comparitive Yield Table’ shows that Industrial Estates in the South are averaging a return of 6% currently, the 2007 low was 4.5%. The figures seem to show the trend that in the right locations demand is keeping yields low and occupancy rates high.